The Hog Farm Hideaway
GET TICKETS

BACK TO FESTIVAL INFO 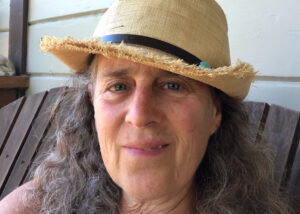 Tamara Klamner grew up in the Santa Cruz Mountains. Her family moved from Maryland in the early 1970’s to live in a commune / alternative school in Boulder Creek. She was into music from a very young age and was strongly influenced by the music of the 1960’s and 70’s, especially the Grateful Dead.

As a teenager and young adult Tamara followed her musical interests as well as her interests in international cultures. She traveled the country with the Grateful Dead and traveled the world collecting experiences in Latin America and Asia. Pursuing her education Tamara attended World College West in California and The School for International Training in Vermont, she also studied abroad in Mexico for a year and graduated with a degree in International Development. Following graduation Tamara moved back to the Bay Area and starting working for the Seva Foundation, nicely melding her interests into a career and a path of service.

Seva is a Sanskrit word for service. For the past 26 years Tamara has been working with the Seva Foundation, producing benefit events with Wavy Gravy, Seva founding board member and activist clown. Together they have produced more than 50 events raising significant funds for the organization. Seva’s mission is to transform lives by restoring sight in communities with little or no access to eye care. The Grateful Dead, Bonnie Raitt, Elvis Costello, Crosby & Nash, Jackson Browne, Ani DiFranco, Ben Harper, Chris Robinson, John Lee Hooker, Ruthie Foster, David Grisman, Steve Earle, Joan Baez, Rising Appalachia, Lukas Nelson and Yonder Mountain String Band are among the many, many artists who have contributed their time and talent to the Seva cause.

In 1999 Tamara founded Tapestry Productions, a Bay Area production network whose mission is to raise funds for and awareness of non-profit organizations through live music events. Weaving together the talents and good will of musicians and community members, Tapestry Productions produces authentic events that help make the world a better place. Tapestry Productions has produced fundraising events for The Bill Graham Memorial Foundation, The Pacifica Foundation, Changemakers, Earthdance Live, Camp Winnarainbow, Creating Our Future & MoveOn.

“Public assemblage is a powerful tool for fundraising and awareness building. When we come together for a common cause, we build a stronger community and are able to have a greater impact towards the things we care about”. 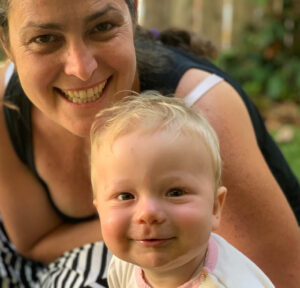 Biasha Mitchell grew up on the Black Oak Ranch and is a second-generation Hog Farmer.

Biasha grew up backstage at Grateful Dead concerts. Her first music festival job at age 12 was horseback security at Electric on the Eel in the early 90s. Her passion for working in live music and events further developed as a teenager where she worked in the production office and ran the coffee and merch booths at The Hog Farm Pignic.

As a young adult, Biasha followed a parallel interest in international cultures and the environment. She studied International Relations and Latin American Studies at Stanford University and went on to live and work in the Peruvian Amazon teaching environmental education to kids and working as a nature guide.

Returning to the United States, Biasha rekindled her love of live music and events and worked for Bill Graham Presents and Another Planet Entertainment behind the scenes at a number of well-known venues such as the Shoreline Amphitheatre, the Greek Theater in Berkeley and the historic Fillmore. She went on to work with some of the largest and most complex music festivals in the United States, including Bonnaroo Music & Arts Festival, Coachella Music Festival, Rothbury Music Festival (now Electric Forest Festival), and Wanderlust Music & Yoga Festivals. Her love for The SCI family began when she managed the production office at Hornings Hideout. She most recently spent nine years at Eventbrite growing their music ticketing business globally.

She now splits her time between the Bay Area and the Black Oak Ranch with her son and third-generation Hog Farmer, Atreyu. She is focused on building a sustainable future for Black Oak Ranch and connecting people to their passions through music and live events in nature.

GET TICKETS
The Hog Farm Hideaway